Hinging future growth on an expansion into more markets, notably Europe and its home turf, the Shenzhen-based company will have expanded to over 50 countries and regions by the end of June, Sky Li Bingzhong, founder and CEO of realme, told the Global Times in an exclusive interview on Tuesday.

The two-year-old phone brand has secured footholds in Indian and Southeast Asian markets. In a notable sign, realme's smartphone shipments in the Indian market soared 119 percent year-on-year in the first quarter of the year, according to market research firm Counterpoint.

realme held a 14 percent share of the Indian marketplace for smartphones by shipments in the first quarter, doubling its share of the local market during the same period of the year prior. It was ranked fourth in local shipment rankings, per Counterpoint data. The top three phone vendors during the first quarter were Xiaomi with a 30 percent share, Vivo with 17 percent, and Samsung with 16 percent.

realme has proven resilient to shocks from the coronavirus outbreak, according to its founder.

With 90 percent of its business coming from overseas markets, the impact of the COVID-19 outbreak on realme's supply chains has been evident, especially when it comes to logistics and flows of workers, Li said.

"Overseas operations had been hugely impacted, with manufacturing and all of our operations almost coming to a standstill" during the worst of the pandemic in March-April, he said.

The online-channel-focused firm has resorted to online launch events and livestreaming sales to appeal to consumers confined by the coronavirus lockdown. With signs of virus containment emerging since May, smartphone demand has seen a robust revival as pent-up demand during the pandemic has now been unleashed, reckoned Li, former vice president of Oppo.

realme, among the top five phone vendors in Southeast Asia, is estimated to have recently climbed to No.1 in the Philippine market, underpinned by its online marketing endeavors, according to the company.

realme's overseas production capacity has overall restored to pre-virus levels, while its operations in India have returned to 70 percent of pre-virus levels, he disclosed, noting that the company remains on track to sell 50 million phones in 2020, a sales target set at the beginning of the year that would mean a 100 percent increase year-on-year.

Over the next two to three years, the company, which has no IPO plans as of yet, expects that number to double again to 100 million across the globe, with India, Southeast Asia, Europe and China becoming its four largest markets, the founder envisioned.

"Most of the leading Chinese manufacturers and Apple were severely impacted by the temporary closures of their factories in China and reduced consumer spending due to the global shelter-in-place," Gupta said.

As realme's Li put it, the industry as a whole is inevitably set to decline from the year before, due to pandemic-inflicted challenges for wide-ranging marketing activities in overseas markets.

As part of efforts to diversify into a wide range of streams powered by artificial intelligence and the Internet of Things - a convergence known as AIoT - a trend prevalently followed by many Chinese firms, realme has plans to unveil 50 AIoT products including smart TVs and electric toothbrushes by the end of the year and its AIoT product portfolio will be expanded to 100 next year, Li said. He hopes his phone brand will become the first choice among youngsters in the sphere of AIoT products. 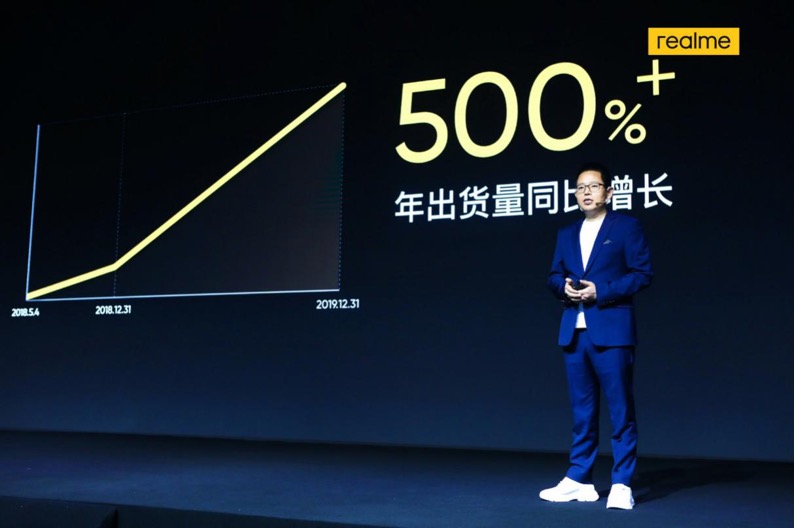